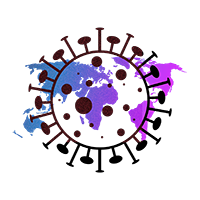 The following UK victim experience was included in a BBC article on  May 1st 2020 after Boots’ Safe Spaces Scheme was announced.

Anna’s story: I left my abuser during lockdown

My partner had been abusive before the pandemic but it was when lockdown started and we were stuck in the house together that the abuse became so much worse.

On the day that lockdown was announced I remember I was eating a hot bowl of noodles and he just grabbed them and poured them over me, burning my skin.

Lockdown also meant I lost my job as I work in the airline industry; work was my life, it was my escape and all my close friends were my work colleagues.

While others were quite looking forward to having some time at home, I was dreading it. I knew it would mean that I would have no chance to escape the physical and emotional abuse.

I don’t have any close friends or family living nearby, so my work colleagues are my best friends. The thought of not seeing them, of not having anywhere to go was so scary.

As time went on during lockdown I became increasingly anxious. My partner would wait until I was asleep and then he would punch me and scratch me. In the morning he would deny he had done anything.

I used to be able to escape his violent moods by going to the gym and swimming but during lockdown that became impossible. My levels of anxiety were just getting worse and worse and I felt increasingly trapped.

I wanted to leave but I was really worried that there was nowhere to go. I started looking online when I could but I wasn’t sure who would be able to help me during lockdown.

Eventually, I told a friend what had been happening and she said: “Pack a bag and leave now, just get out”. I packed the only bag I could find and went and stayed in a hotel.

I stayed there for a few days but my money was running out. That’s when someone gave me the number for the National Domestic Abuse hotline.

I remember calling them and then going to sit in a park for about seven hours while they found me a place.

Arriving at the refuge I felt very safe. I still haven’t told my friends where I am. It’s not easy though during lockdown. I’m having to stay in one room and there’s not much space. Going out in the garden is a bit tricky because of the social distancing and the children need to be able to play.

There are some lovely people here though and it’s so nice to see the children. I’m finding not going out and doing my usual workout really tough. That was how I used to manage my anxiety. However, overall I feel a big sense of relief and I just hope things get better.

When I heard about the safe spaces scheme I thought it was brilliant and it would have really helped me.

In a way, the pandemic and lockdown helped me to decide to leave because I had to go, the abuse was so bad. I had to get help.

Anna’s name has been changed.